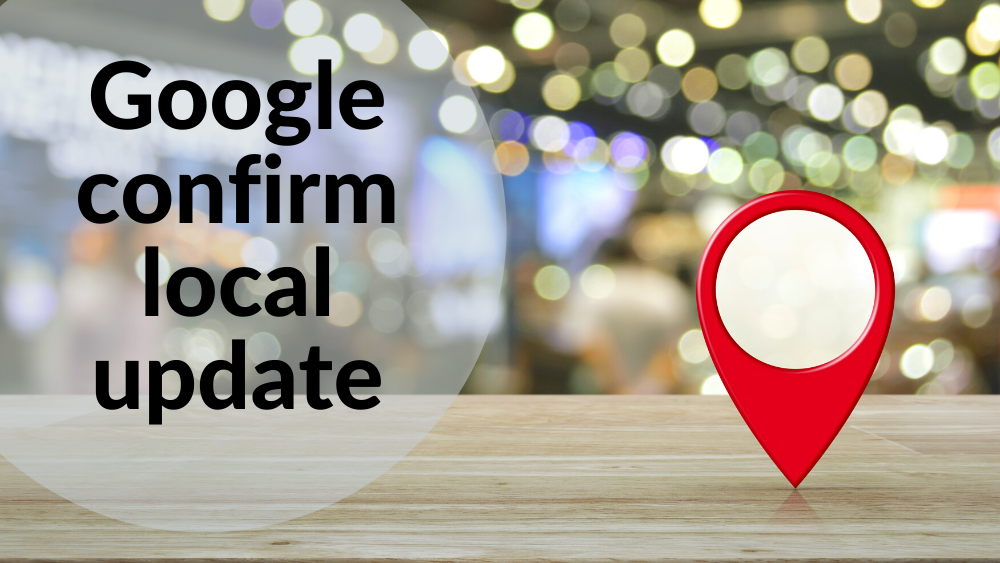 On Monday of this week (2nd December 2019), Google confirmed that they had been rolling out an update to local, that had been affecting rankings over the past few weeks.

What have they changed?

Google have introduced “neural matching” as part of the process of generating local search results.
Some of you may be thinking, “what on earth is neural matching?”.

Neural matching is something that Google have been using as part of their algorithm since 2018 and helps Google to better understand search intent through the use of synonyms.

This goes beyond what is in your business name and instead looks at the words searchers are using to understand what services your business offers.

What have Google said?

Google confirmed the update as well as saying your local optimisation should stay the same and that this was a global update, rather being confined just to the US, which we often see when updates are initially rolled out. 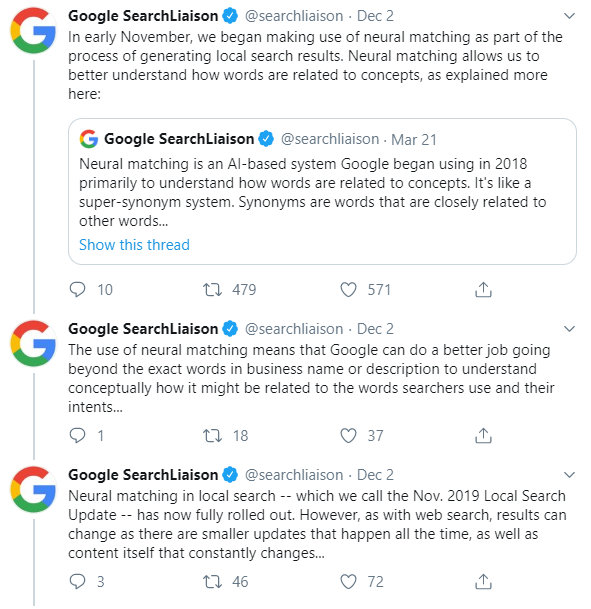 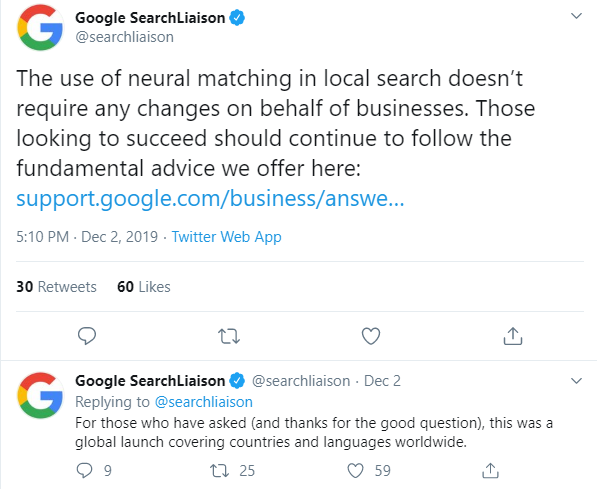 What does this mean to you?

If you’re already optimising your site to Googles fundamental local guidelines, then there’s nothing you should change. This update is just to make searches more relevant and it’s not something you can optimise for.
If you’ve not really optimised for local, then take a look at Google’s guide on improving your local ranking.

Not sure how to start optimising for local

Whether you’re just getting into local or you’ve hit a road block when optimising your site, drop us a message and we can talk about your requirements and how we might be able to help you increase customers for your business.

This website uses cookies to improve your experience while you navigate through the website. Out of these cookies, the cookies that are categorized as necessary are stored on your browser as they are essential for the working of basic functionalities of the website. We also use third-party cookies that help us analyze and understand how you use this website. These cookies will be stored in your browser only with your consent. You also have the option to opt-out of these cookies. But opting out of some of these cookies may have an effect on your browsing experience.
Necessary Always Enabled
Necessary cookies are absolutely essential for the website to function properly. This category only includes cookies that ensures basic functionalities and security features of the website. These cookies do not store any personal information.
Non-necessary
Any cookies that may not be particularly necessary for the website to function and is used specifically to collect user personal data via analytics, ads, other embedded contents are termed as non-necessary cookies. It is mandatory to procure user consent prior to running these cookies on your website.
SAVE & ACCEPT